Recently, winners of the Breakthrough Prize have been announced in the United States, and there are total five scientists winning the Breakthrough Prize in Life Sciences. Each award bonus is three million dollars, which means it will be shared equally among all winners. This award is dedicated to encourage those scientists committed to treating serious illnesses and prolonging human life. Since each winner will share the 3 million dollars, the prize is also called “Deluxe Version of Nobel Prize”. 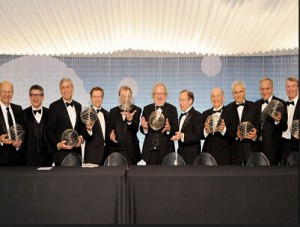 The Breakthrough Award in Life Sciences is used to reward those who focus on promoting breakthrough research in life sciences. The award has inspired mass people and aims to encourage those enthusiastic researchers to pursue science as a life-long career, trying to make great progresses in the fight against cancer, diabetes, Parkinson, neurodegenerative disorders and other diseases research. Details about the five winners are as followed.

1. Edward S. Boyden
He is from the Massachusetts Institute of Technology. And he was awarded because of the development and implementation of optogenetics, which is a program of neurons designed to express light-activated ion channels and pumps so that their electrical activity can be controlled by light.
2. Karl Deisseroth
He is from the Stanford University and Howard Hughes Medical Institute, And he was awarded for the development and implementation of optogenetics, too. The neural tools can help researchers understand the brain from cognitive and emotional control network, and then repair troublesome brain diseases more systemically.
3. John Hardy
He comes from the Imperial College, London, UK, where he studied dopamine and amino acid neuropharmacology. He was awarded for discovering mutations in the Amyloid Precursor Protein gene that could cause early onset Alzheimer’s disease, linking accumulation of APP-derived beta-amyloid peptide to Alzheimer’s pathogenesis. In addition, he has inspired some new strategies for disease prevention as well.
4.Helen Hobbs
She is from the University of Texas Southwestern Medical Center and Howard Hughes Medical Institute and has obtained her undergraduate degree in human biology. She was awarded the prize for the discovery of human genetic variants that alter the levels and distribution of cholesterol and other lipids, which inspires new approaches to the effective prevention of cardiovascular and liver disease. She also provides some new insights in this particular field, which could help reduce the risk of coronary heart disease in the future. Maybe cardiovascular and cerebrovascular diseases will become a simple preventable, treatable disease.
5. Svante Pääbo
He is from the Max Planck Institute. He was awarded for pioneering the sequencing of ancient DNA and ancient genomes, thereby illuminating the origins of modern humans, the relationships to extinct relatives, and the evolution of human populations and traits. His work suggests that all human ancestors can be traced back to a small group of Africans and later scattered around the world, which might be helpful in studying ancient genome information.

By challenging conventional thinking and expanding knowledge over the long term, scientists can solve the biggest problems of current time. Given the fact, maybe modern biotechnology will change our life to a large degree in the future!