A Brief Introduction of Creative Peptides

With the rapid development of modern biotechnology around the world, an increasing number of biotech companies are trying to discover more practical realms, such as bioarray, diagnosis, peptides, and so on. Creative Peptides, as one of the specialized leaders in bioactive peptides, has attracted massive attention since its establishment. 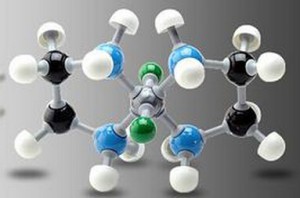 To be general, peptide can be regarded as a compound consisting of two or more amino acids linked in a chain, the carboxyl group of each acid being joined to the amino group of the next by a bond of unique type. In fact, among the amino acids of the peptide , the most dramatic change was the Phe residue. Clearly, peptide is a crucial element in the developing process of biological synthesis. Based on the fact, Creative Peptides, which is specialized in the process development and the manufacturing of bioactive peptides, can offer custom peptide synthesis, process development, GMP manufacturing as well as catalog products.

To be more specific, Creative Peptides can offer custom peptide services using a unique portfolio of specific technologies. It has profound expertise in small- and large-scale solid phase peptides synthesis utilizing both Boc- and Fmoc strategies, as well as solution phase peptide synthesis. In addition, Creative Peptides has just started its blog which mainly focuses on the advances in biotechnology, including the frontiers in peptides, biological knowledge, and some other interesting topics. The staff with decades of experience in peptide chemistry will be helpful in the design and synthesis of peptides and related products. Thus, maybe the future peptides will promote medical research to a large degree.

Taking into account of all the details discussed above, although the peptides had different structures, they typically shared a handful of chemical features, such as phyenyl, hydroxyl, carboxylic acid, and isobutyl groups. In this way, Creative Peptides will play a significant role in exploring bioactive peptides. Certainly, the key is to focus on the clinical applications because only in this way can people really benefit from the advance of peptides. Maybe a brighter future for Creative Peptides is already on the corner.