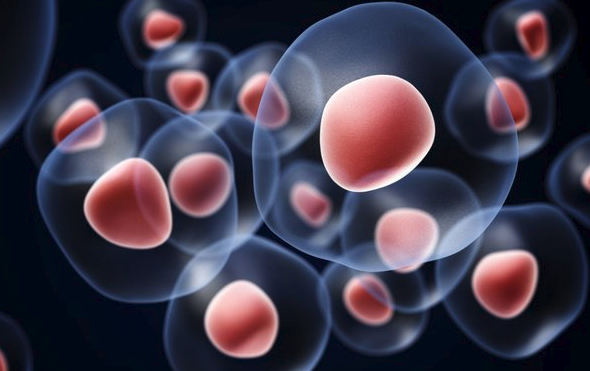 The growth of eukaryotic cells is modulated by various influences, of which growth factors are amongst the most important for many cell types. A wide range of polypeptide growth factors have been identified (Figure 1) and more undoubtedly remain to be characterized. Factors that inhibit cell growth also exist, e.g. interferons (IFNs) and tumour necrosis factor (TNF) inhibit proliferation of various cell types. Some growth factors may be classified as cytokines, e.g. ILs, transforming growth factor-β (TGF-β) and colony stimulating factors (CSFs). Others, e.g. insulin-like growth factors (IGFs) are not members of this family. Each growth factor has a mitogenic (promotes cell division) effect on a characteristic range of cells. While some such factors affect only a few cell types, most stimulate the growth of a wide range of cells.

The wound-healing process is complex and as yet not fully understood. The area of tissue damage becomes the focus of various events, often beginning with immunological and inflammatory reactions. The various cells involved in such processes, as well as additional cells at the site of the wound, also secrete various growth factors. These mitogens stimulate the growth and activation of various cell types, including fibroblasts (which produce collagen and elastin precursors, and ground substance), epithelial cells (e.g. skin cells) and vascular endothelial cells. Such cells advance healing by promoting processes such as granulation (growth of connective tissue and small blood vessels at the healing surface) and subsequent epithelialization. The growth factors that appear most significant to this process include fibroblast growth factors (FGFs), transforming growth factors (TGFs), platelet-derived growth factor (PDGF), insulin-like growth factor 1 (IGF-1) and epidermal growth factor (EGF).

EGF was one of the first growth factors discovered. Its existence was initially noted in the 1960s as a factor present in saliva, which could promote premature tooth eruption and eyelid opening in neonatal mice. It was first purified from urine and named urogastrone, owing to its ability to inhibit the secretion of gastric acid. EGF has subsequently proved to exert a powerful mitogenic effect on many cell types, and its receptor is expressed by most cells. Its influence on endothelial cells, epithelial cells and fibroblasts is particularly noteworthy, and the skin appears to be its major physiological target. It stimulates growth of the epidermal layer. Along with several other growth factors, EGF plays a role in the wound-healing process. EGF is synthesized mainly by monocytes and ectodermal cells, as well as by the kidney and duodenal glands. It is found in most bodily fluids, especially milk.

Fibroblast growth factors (FGFs) constitute a family of about 20 proteins (numbered consecutively FGF-1 to FGF-20). Typically, they display a molecular mass in the region of 18– 28 kDa and induce a range of mitogenic, chemotactic and angiogenic responses. FGFs induce the majority of their characteristic responses via binding to high-affinity cell surface receptors. Four such receptors, which show 55-72% homology at the amino acid level, have been identified to date. The receptors are multi-domain, consisting of three extracellular immunoglobulin-like domains (Ig domains), a highly hydrophobic transmembrane domain and two intracellular tyrosine kinase domains. Different receptors are found on different cell types and each receptor is either strongly, moderately, poorly or not activated by its own characteristic range of FGFs. This signalling complexity underscores the complexity of biological responses induced by FGFs.

Transforming growth factors (TGFs) represent yet another family of polypeptide mitogens. The members of this family include TGF-α, as well as several species of TGF-β.

TGF-α is initially synthesized as an integral membrane protein. Proteolytic cleavage releases the soluble growth factor, which is a 50 amino acid polypeptide. This growth factor exhibits a high amino acid homology with EGF, and it induces its biological effects by binding to the EGF receptor. It is synthesized by various body tissues, as well as by monocytes and keratinocytes. It is also manufactured by many tumour cell types, for which it can act as an autocrine growth factor. TGF-βwas first described as a growth factor capable of inducing transformation of several fibroblast cell lines (hence the name, transforming growth factors). It is now recognized that ‘TGF-β’ actually consists of three separate growth factors: TGF-β1, -β2 and -β3. Although the product of distinct genes, all exhibit close homology. In the mature form, they exist as homodimers, with each subunit containing 112 amino acid residues. Most body cells synthesize TGF-β, singly or in combination.