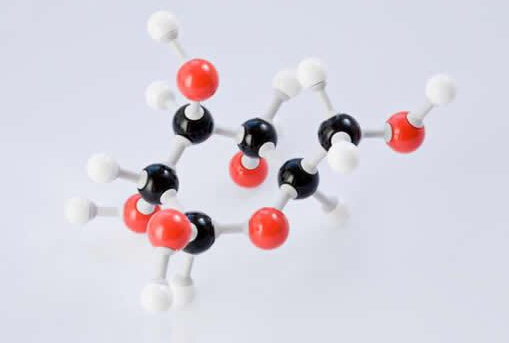 Neuropeptide Y (NPY) is a 36 amino acid, C-terminally amidated peptide. It is called Neuropeptide (Y) due to its abundance in the central and peripheral nervous system, and its high number of tyrosine residues. NPY was first isolated from porcine brain in 1982 and was found to be an evolutionary conserved peptide with (99-100%) homology in humans, monkeys, cows, pigs, rats, rabbits, alligators, and guinea pigs. NPY belongs to a family of gut related peptides all characterized by a PP-fold structure, these peptides are Peptide YY (PYY, 75% homology with NPY) and Pancreatic Polypeptide (PP, 50% homology with NPY), Both are evolutionary conserved peptides, and although gut neuro-hormones, they are able to mimic some of NPY’s actions in the nervous system. The PP-fold peptides act on five human Gi/o-coupled receptors, Y1-Y5; all except Y3 have been cloned. NPY is subsequently found to be a pluripotent peptide, expressed in non-neuronal cells, and participating in a variety of physiological and pathological functions.

NPY has been found in every organ in the body; though, it is most abundant in the mammalian central and peripheral nervous system and the heart. In the central nervous system, in addition to the cerebral cortex and spinal cord, NPY immunoreactivity (NPY-ir) is particularly rich in the hypothalamic nuclei, namely: paraventricular, arcuate, suprachiasmatic, dorsal nucleus of vagus, and median eminence. In the sympathetic nervous system, NPY is co-localized with noradrenalin, and in the adrenal medulla, with epinephrine. Moreover, NPY has also been found in the respiratory tract, the biliary tract, the genitourinary system, the thyroid gland, immune, endothelial, and vascular smooth muscle cells, a subpopulation of parasympathetic neurons, and some species in platelets and megakaryocytes.

Numerous physiological and pathological functions have been attributed to NPY. The most well known NPY actions are control of feeding behavior and energy metabolism. NPY is one of the most potent orexigenic peptides known. Its administration intracerebroventricularly causes a robust increase in carbohydrate-rich food intake in several species. Also via central actions, NPY has marked effect on peripheral metabolism, such as decrease of brown adipose tissue, thermogenesis, and increase of lipoprotein lipase activity that promotes white fat lipid storage. These observations suggest an important role of NPY in the pathophysiology of disorders such as obesity, anorexia nervosa, and diabetes. The role of NPY in reproduction, pregnancy, and onset of menarche, via modulating secretion of luteinizing hormone, has also been suggested. Acting centrally, NPY has been implicated in many neuro-physiological systems including but not limited to: facilitating learning and memory, shifting the circadian rhythm and the sleep-wake mechanisms, alteration of cardiorespiratory parameters, anxiolytic and anticonvulsive effects, neuronal growth and development, and decreasing alcohol intake. Recently, altered levels of NPY have been found in schizophrenia and Parkinson’s disease. Peripherally, NPY modulates immune

In the cardiovascular system, NPY has long been known as a vasoconstrictor of small arteries, leading to a stress-induced rise in blood pressure, either directly or indirectly, by enhancing the effect of catecholamines and other vasoconstrictors. Reciprocally, catecholamines have been shown to sensitize resistant vessels to NPY and augment NPY’s vasoconstrictive activity, A number of studies supported NPY’s role in stress-induced increase in blood pressure, including those that showed restoration of blood pressure during endotoxic and hemorrhagic shock, and exercise-induced rise in blood pressure in male human patients with angina pectoris. However, most recently, NPY has been shown to play a role in the regulation of basal vascular tone indirectly via modulation of the sympathetic system activity. In the latest study by Michalkiewicz et al., over-expressive rats had marked decrease, rather than increase, in both basal and stress-induced blood pressure, as well as lower levels of plasma catecholamines. In this case, NPY’s sympatholytic activity, through stimulation of the a 2-adrenergic receptors was postulated as the mechanism. Consequently, NPY has been implicated in both physiological and pathophysiological regulation of blood pressure, mechanisms of which, however, require further investigation.