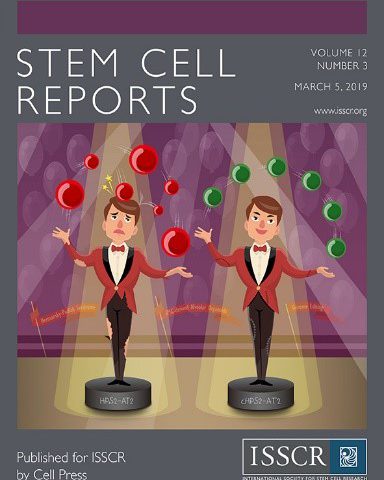 Recently, a study published in the international journal Stem Cell Reports, Scientists from institutions such as the University of Paris IV have identified potential targets for the treatment of Alzheimer’s disease. The accumulation of α-synaptophysin in Parkinson’s disease and tau protein in Alzheimer’s disease is often associated with the progression of neurodegenerative diseases, and these protein aggregates often spread from one neuron to another and attached to the cells.

In the process of diffusion, α-synaptophysin and tau protein will also expand. Some studies have shown that the diffusion and amplification of these protein aggregates are often harmful, but also aggravate the progress of a variety of diseases. It is essential for the development of new therapies to understand the formation and diffusion of these protein aggregates and their mechanism of reproduction in central nervous system cells.

The researchers point out that pathological protein aggregates can modify the membrane structure of neurons by redistributing membrane proteins, and the integrity of these membranes is often affected especially synapses. It is the main node of communication between neurons, and these changes often have a harmful effect on neurons, because it will lead to the abnormality and degeneration of communication between neurons. In addition, the researchers also explained why the normal communication of the neural network in patients with the progression of the disease will degenerate and degrade and the function of synapses is abnormal in this study.

The results of this study are essential for scientists to restore the activity of tau protein membrane receptors by inhibiting pathological tau protein aggregation and harmful interactions between neuronal cell membrane targets, based on the protection of synaptic integrity. At the same time, the researchers will also use human neuron cells to develop new treatments for a variety of neurological diseases based on the results of this study.