Will the Next Anti-Cancer Drug Depend on Snails?

A kind of cone snail from Queensland has been discovered to hide thousands of peptide toxins in its venom. It has been proved to contain the value of precious drug leads and provide new clues for the treatment of pain and cancer drugs. In the latest published study, researchers described a new method to analyze the unique structure of venom and toxin. 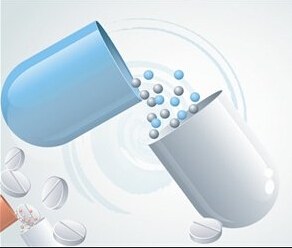 Paul Alewood, a professor of molecular biology from the University of Queensland, has said the study is the first to give a present evidence in a single cone snail’s venom or toxins. This involved cone snail is called conus episcopatus, living on the east coast of Australia; it is one of the 700 kinds of different cone snails. Venom in cone snails is mixed with many complex chemicals, and most of these toxins have been ignored in the past.

It is characterized by an intricate venom device, and the device is responsible for the biosynthesis and can provide a complex mixture of cysteine-rich peptide toxins. These toxins are folded into a small highly-structured framework, enabling them to potent and select heterologous ion channels and receptor interactions. Maybe peptide synthesis design platform can help. Specifically, new analysis methods containing precise measurement, varying compositions structures, activity and venom proteins can use biochemical and bioinformatics tools to develop the cone snail toxin peptide, with 3,305 new premises in toxin sequences.

In terms of the cone snail, inhibitor cystine knots with pharmacological activity and sequence characteristics can be helpful. More importantly, researchers also found that six original frameworks (three-dimensional shape of the molecule such as copper) can be used as prodrugs. In the past 25 years, a total amount of 25 well-known frameworks was found, many of which have been referred as to against the previous several diseases. Furthermore, researchers estimate that their new-found framework will also lead to new drug development for the treatment of pain, cancer and a wide range of other diseases.

Alewood said they expect to see a lot of interesting elements to be found in the venom of other species and they are keen to use new ways to explore these newly discovered myths. On the other hand, this method can also be used in other related fields, such as studying protein expression from the cell. All of this will help people understand biology better, looking for patterns of diseases or identifying potential new drugs.