First of all, it is necessary to understand the tracer method on stable isotope. Related overview is as followed. In 1912, Thomson first discovered stable isotope Ne; in 1929, Naude found the N; in 1937, Urey first reported artificial production method for N; in 1940, N, O and H have been obtained mass production. 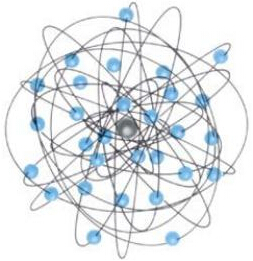 In 1947, a symposium has been convened, aiming at discussing practical application of isotope in biology and medicine, which began a new era of tracer technology applications on stable isotope. In recent years, tracer technology on stable isotope has developed rapidly and made great achievements; segregation analysis has also made great breakthrough. While as for the fundamental basis of tracer method on stable isotope, several principles should be payed attention. The first one is that the isotopic composition of an element in nature is relatively constant. And the second one is that isotopes of the same element have the same chemical properties.

Certainly, some quality differences between the isotopes might affect the same element. In addition, due to the difference of isotopes’ quality, their physical and chemical properties will be varying as well. Thus, when in experiments, it’s necessary to place more concerns on the istope effect like copaxone. Scientists have indicated a fact that tracer method on stable isotope has its own special features:
1. No radiation, no radiation effects and adverse effects.
2. Keep safety and no harm to people.
3. Without pollution and not subject to environmental conditions.
4. No decay and test time is not limited.
5. Experiment that radiotracer method is difficult to carry out can be conducted

So, how about the basic procedure of isotope analysis? Is it easy to understand? Actually, it’s easy to conduct. First, isotope should be introduced into the organisms and then the original sample of flora and fauna should be prepared, as well as the samples that instrument requires. After that, it is the analysis process, which enables researchers to take record and analyze the experiment results.

In summary, the basic principles of isotope requires enough attention, such as the experiment materials, the precision of analysis technology, the distribution of various elements, and the like. In addition, researchers must focus more on the samples to be detected because different mass ion stream might affect the relative flow. Well, maybe the principles could be more refined in certain particular aspects in the future.