Anti-aging Formula Could Be Simple

Aging is a natural process, and anti-aging refers to the process of inhibiting and delaying the aging of the body which can promote humans’ overall health, so human body could maintain fine mental and physical life limits, in terms of genetic factors in the decision. And aging is a necessary stage of life, even if you are extremely reluctant to accept it. 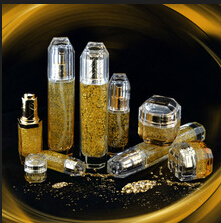 With the passage of time, the skin will arise various problems such as wrinkles, laxity, pigmentation, dull, and so on. Anti-aging is to help reduce the production of free radicals through supplementing antioxidants, increase skin elasticity and complement the collagen or enzymes at the same time. Anti-aging diet and anti-aging skincare products can effectively delay aging as well. Taking Acetyl hexapeptide-3 (or -8) as an example, the reduction caused by the contraction of facial muscles of the depth of wrinkles, especially around the forehead and eyes, could be improved more effectively. Actually, it’s a particularly good example of anti-aging antioxidant vitamins, which will be helpful in aroma therapy.

To be honest, anti-aging could be very simple, namely according to the anti-aging formula, such as peanut oil, coconut oil, almonds, etc. Peanut oil has been found to contain the anti-aging antioxidant co-enzyme Q10 and is rich in essential fatty acids – the nutrients vital for a healthy, supple skin. While as for the almonds, they are significant for glowing skin. Almond oil is a naturally emollient product and skin softener. It is a great medium to be used on the skin, because it has a very fine texture and natural affinity which makes it could be absorbed by the skin without leaving it feel greasy or clogged. Taking Acetyl Dipeptide-3 Aminohexanoate as the case, it could strengthen the skin’s natural defense mechanism to maintain healthy skin and perfect inner balance, stimulate the skin and the environment to generate the first line of defense to reduce acne caused by external factors such as risk of infection.

In addition, anti-aging formula also helps remove the post-pregnancy wrinkles and stretch marks, revitalize hair growth, as well as cure burns. It helps to restructure the skin and strengthen nails too. Since creative peptides have played an important role in skincare and health, peptides with dieffrent functions should be payed necessary attention. Aging problem is always the core of skincare issues, but what we should do is to improve the problem and solve it, because only in this way can we be younger!