As is known, peptides and proteins are the main agents in any biological mechanism, acting as enzymes, receptors, mediators of cell signaling, and structural cell components, etc. Compared with small chemical entity drugs, peptide-based drugs can possess certain favorable characteristics. And since peptides play a crucial role in the fundamental physiological and biochemical functions of life, they have now attracted increasing attention for their potential therapeutic use. Taking liraglutide as an example, it has been used as an injectable drug developed for the treatment of type 2 diabetes. Clearly, there are also some other medical applications for peptides.

1. Peptide Vaccines
Peptide vaccines and nucleic acid vaccines are parts of the most valued focus in the field of vaccine research, especially for the viral peptide vaccine. Currently, AIDS and hepatitis C have been seen as two major harmful diseases to human beings, which have no ideal vaccine for the treatment. 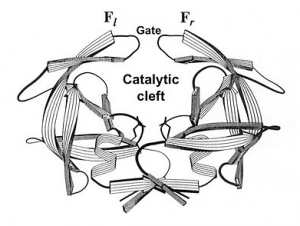 However, in recent years, related research in DNA and peptide vaccine has made great efforts. In 1999, NIH announced two HIV-I virus peptide vaccines. And after clinical trial on human body, the results show the two peptide vaccines can stimulate the body to produce specific antibodies & specific cellular immunity and have better security. In fact, HIV-I polypeptide has been confirmed to own a strong immunogenic function in inner membrane proteins. HCV peptide vaccine has also shown potential prospects for further development. Many scholars try to screen the general peptide within the outer membrane protein E2 from the hepatitis C virus (HCV), which can stimulate the body to produce protective antibodies. Certainly, other viruses (such as hepatitis A, measles, Sindbis virus, etc.) have also made great progress. For example, a 12 amino acid peptide can be used to specifically bind to human body, functioning as a contraceptive vaccine.

2. Anti-tumor Polypeptide
Tumor effect is the result of a variety of reasons, but ultimately it relates to the regulation of certain expression in oncogenes. When different tumors require different enzymes and regulatory factors, selecting specific small peptides as the active site to prevent tumorigenesis could be necessary because the tumor is smaller than regulation factor.

For instance, in terms of rotigaptide, it is currently under clinical investigation for the treatment of cardiac arrhythmias – specifically atrial fibrillation. It has now been found that many tumors and tumor-related gene regulatory factors have become a new hot spot to find anti-cancer drugs through screening and targeting these specific binding peptides. Scholars have found a small peptide (6 amino acids) can help the body significantly inhibit the growth of cancer, including lung, stomach and colorectal cancer, which has opened up a new path for the treatment of tumors with high mortality rate. 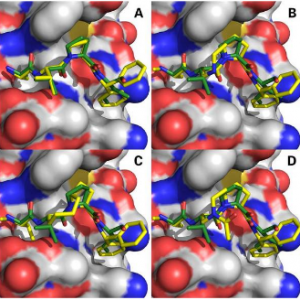 Therefore, screening viral drugs could focus on virus replication stage. Virus, by binding to specific receptors on the host cell adsorption cells, can rely on its own unique protease for protein and nucleic acid replication process. Given the fact, the peptide library may be screened with polypeptides binding to the host cell receptor or viral protease with active site. Such peptides have been widely used in anti-viral therapy.

More important, polypeptide diagnostic reagent can also been utilized for detecting virus, trypanosome parasites, microorganisms, cysticercosis, and the like. However, its clinical application is still in researching stage for now. Since amino acid chart are the significant aspect of peptides development, as biologically important organic compounds, they can perform critical roles in processes such as neurotransmitter transport and biosynthesis.