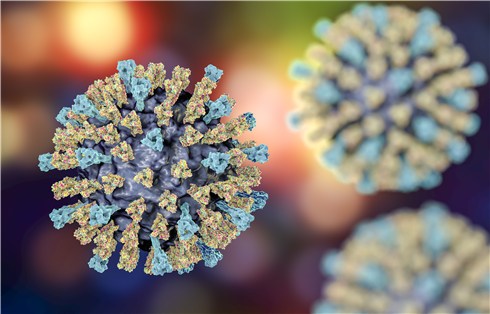 Antimicrobial peptides (AMPs) are a class of small peptides that widely exist in nature and they are an important part of the innate immune system of different organisms. So far, more than 2,600 antimicrobial peptides have been discovered. They are widely distributed, including viruses, bacteria, fungi, fish, birds, insects, amphibians, mollusks, and mammals.

Plant-derived antibacterial peptides have active effects on plant pathogens and bacterial pathogens that infect humans. They are a barrier to the plant defense system and considered to be antibiotic peptides with important application. Common plant-derived antibacterial peptides include thionin, defensins, lipid transfer proteins, cell penetrating peptides, ecdysone, etc. They have similar characteristics, such as positive charge, disulfide bond, and the target sites are all located in the outer cell membrane and so on.

Insects are the most abundant creatures in the biological world, with more than 1 million species. They also have strong adaptability and developed defense mechanisms. Antimicrobial peptides are a type of peptide produced by the hemolymph or related parts of the body when insects are stimulated by the external environment. They are an organic part of the insect’s humoral immune system and play an important role in the entire immune system. Antibacterial peptides secreted by its fat body inhibit pathogens in various systems. So far, there are about 200 kinds of antibacterial peptides isolated in insects. These peptides are divided into 5 types according to their antibacterial mechanism and amino acid sequence: cecropins, lysozyme, defensins, glycine-rich peptides and proline-rich peptides.

The ocean is the origin of life and a huge living place for creatures. It is estimated that about 1/2 of the world’s creatures live in the ocean. This huge biobank contains abundant active antibacterial substances. It has been proved before that a wide variety of marine organisms can produce a variety of antibacterial peptides, of which the research on marine animal antibacterial peptides accounts for the majority. Among marine vertebrates, fishes are the most reported to secrete antimicrobial peptides. Due to the specificity of its body structure, antimicrobial peptides are mainly secreted into the mucus layer of marine fish, which act as the first barrier of the non-specific immune system to kill pathogenic bacteria before entering the organism. Marine biological antimicrobial peptides have the characteristics of rapid synthesis and secretion, fast diffusion and flexibility, which are beyond the functions of other immune system. Marine invertebrates such as molluscs, tunicates, crustaceans, etc. mainly rely on the innate immune mechanism of humoral immunity and cellular responses as defense systems. Among them, antimicrobial peptides, as an important component of the innate immune defense system, can respond quickly and in real time to invading pathogenic microorganisms.