The Research History of Peptide 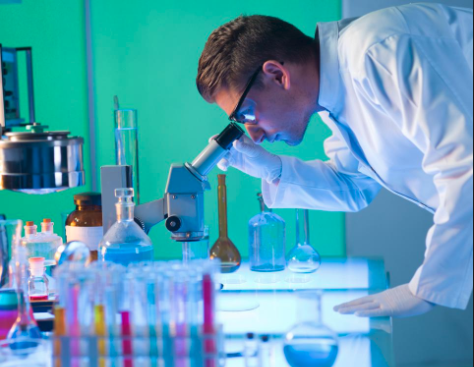 All creatures, from the simplest viruses to humans, have complex protein structures that are made up of the same 20 amino acids. In the process of studying the proteins, biologists found a class of substances consist of amino acids but different from the proteins. Such substances with protein properties were known as the peptide. In contrast to proteins, peptides are a class of compounds that are simpler and lower molecular weight. Peptides are linked by amino acids via peptide bonds.

Peptides can regulate the body’s physiological function and provide nutrition to the body. It almost affects the body of all metabolic synthesis. Peptides may be subdivided into oligopeptides and polypeptides. Oligopeptides are made up of two and ten amino acids. And polypeptides are made up of more than ten amino acids. But when up to fifty amino acids, it was called protein. Here, we described the research history of peptide simply.

In 1902, Starling and Bayliss discovered the secretin. They showed that when acid arrived from the stomach it liberated a chemical messenger from the jejunal mucosa, and this messenger traveled through the blood to excite the pancreas to secrete pancreatic juice. This is the first time that human find the peptide. As a result of this discovery, it pioneered the function of peptides in endocrinology. Besides, the Nobel Prize Committee awarded them the Nobel Prize in Physiology.

In 1931, Substance P (SP) was discovered by Ulf von Euler and John H. Gaddum as a tissue extract that caused intestinal contraction in vitro. It is also is a potent vasodilator. Scientists began to pay close attention to the effect of peptides to nervous system and called these substances as neuropeptides.

In 1953, Vincent du Vigneaud studied oxytocin, a hormone that among other things plays a role in sexual intimacy and reproduction among people and mammals. He succeeded in isolating the substance and determining its chemical composition. It became the first peptide hormone to have its sequence of amino acids determined. He also succeeded in producing oxytocin by artificial means.

In 1960, Rita Levi-Montalcini and Stanley Cohen identified a compound, expressed by peripheral cells, that attracted spinal neurons and induced neurite formation. Then they isolated this substance from tumors, snake venom, and mouse salivary glands-all in the face of relentless skepticism from the scientific community. Later, this compound was called nerve growth factor (NGF).

In 1965, scientists from China completed the synthesis of insulin, which is the world’s first synthetic peptide.

Beginning in 1970, neuropeptide become the research hotspot. Then enkephalin and opioid peptides have been found.

Since the biochemists synthesised peptides by artificial methods for more than 40 years. With the rapid development of molecular biology and biochemical technology, peptide research has made amazing progress.