Classes and Applications of Cell-Penetrating Peptides 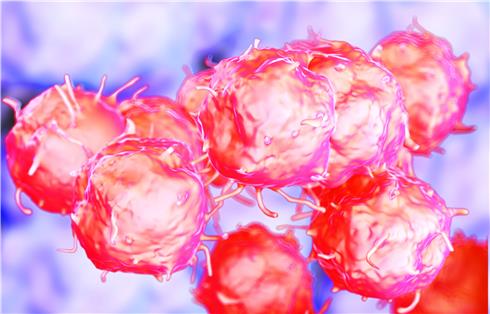 There are many types of cell-penetrating peptides (CPPs), and their classification is based on physicochemical properties, sources, intake mechanisms, and biomedical applications. There is no unified conclusion yet. According to their physical and chemical properties, CPPs can be divided into three types: cationic, amphiphilic and hydrophobic, among which cationic and amphiphilic CPPs are dominant, accounting for about 85%, while hydrophobic CPPs account for only 15%.

Cationic cell-penetrating peptides (CPPs) are composed of short peptides rich in arginine, lysine and histidine, such as TAT, Penetratin, Polyarginine, P22N, DPV3 and DPV6. Among them, arginine contains a guanidine group, which is hydrogen-bonded to negatively charged phosphate groups on the cell membrane and mediates CPPs entry into the membrane at physiological PH. Studies on oligo-arginine (from 3 R to 12 R) showed that the membrane penetration capacity was increased when the amount of arginine was at least 8, and the membrane penetration capacity gradually increased with the increase of the amount of arginine. Lysine, though cationic like arginine, does not contain guanidine, so when it is alone, its transmembrane efficiency is not too high.

Hydrophobic cell-penetrating peptides contain only non-polar amino acid residues, the net charge is less than 20% of the total charge of the amino acid sequence, or contain hydrophobic motifs or chemical groups that are crucial for membrane penetration. Although often overlooked, these cell-penetrating peptides do exist, such as fibroblast growth factor (K-FGF) and fibroblast growth factor 12 (F-GF12) derived from Kaposi’s sarcoma.

CPPs can use their membrane-penetrating effects to carry chemotherapeutic drugs or biologic agents into the body, and release the carrier in the cytoplasm or target action sites to maximize the effectiveness of the treatment of the resulting tumor cells. Dubikovskaya et al. linked the penetrating peptide R8 to paclitaxel (PTX), a widely used chemotherapeutic drug, through a biolysable disulfide ligand. After penetrating the cell membrane, it encountered the chemical bond of the coupling with high concentration of glutathione, resulting in its cleavage. Studies have shown that CPP-paclitaxel compounds are more effective than paclitaxel alone in both in vitro cell cultures and animal models. The activity of the drug was also observed in paclitaxel-resistant cells.

Peptide, protein and gene-based biomacromolecules play an important role in the treatment of many diseases. However, due to their large size and low lipophile characteristics, they cannot effectively cross the cell membrane, so the application of these biomacromolecules with therapeutic value in medical fields is greatly limited. Currently, the commonly used methods for introducing biological macromolecules into cells include liposome mediated method, virus vector mediated method, electroporation method and microinjection method, etc. However, these methods have disadvantages such as low transport efficiency, high cytotoxicity, poor safety and poor targeting specificity, which greatly limit their large-scale application. Therefore, the development of efficient and safe transmembrane transport technology of biological macromolecules has become an important challenge, and the discovery of cell-penetrating peptides (CPPs) provides a new way to solve the above problems.

Nuclear transcription factor kappaB (NF-κB) is an important transcriptional regulator in cells. It usually binds to its inhibitory protein in a non-activated state in the form of P50-P65 dimer. Many inflammatory responses are strongly associated with NF-κB activation. By combining CPP (8K, octa-yLysine) with NF-κB essential regulator binding domain (NBD), Dave et al. treated mice with inflammatory bowel disease by intraperitoneal injection. The results showed that the activation of NF-κB was inhibited in the treated mice, and inflammatory cytokines TNF-α, IL-6 and IL-1 showed a decreasing trend, and intestinal inflammation was improved.

Broad-spectrum antibiotics are difficult to inhibit or kill intracellular bacteria, which cause great harm to animal and human health, especially zoonotic infectious diseases. Due to the selective permeability of cell membrane, drugs can not penetrate the barrier, resulting in the efficacy of the ideal state. Some researchers attempted to connect CPP to peptide nucleic acids (PNAs), which could effectively kill intracellular listeria and caenorhabditis elegans (Milletti,2012), providing ideas for the design of intracellular bactericidal drugs introduced by CPP to a certain extent. The penetrating CPPs can bind specific bactericidal active substances into cells through direct transport or endocytosis, and the specific bactericidal active substances can play a selective therapeutic role in cells, thus providing a more feasible solution for the treatment of intracellular bacteria.

CPPs, which uses its internalization as a carrier to deliver fluorescent particles into cells, has been a promising tool for imaging agents, contrast agents and quantum dot delivery. This imaging technique has the advantage of being able to visualize and quantify biomarkers, biochemical and intracellular processes, detect the stages of disease, identify the extent of disease and measure the effectiveness of treatment.

CPPs can also be used to increase the transduction efficiency of viruses. CPP-modified Adv as a delivery vehicle is a promising tool for cell transduction and gene therapy.