According to research of the World Health Organization, about 12.5% of death are caused by cancer worldwide. As is shown from wiki, cancer is characterized by abnormal cell growth with the potential to invade or spread into other parts of the body. With the development of the cancer, metastasis is the crucial reason that ends up life of the cancer patient. This happens when tumor cells find their way into the lymph system or the bloodstream, and then spread throughout the body. When metastasis happens, tumor cells can be spreaded throughout the human body. Eventually the organs cannot function well, leading the death of huamn beings. Nowadays, scientists are still facing big challenge on the treatment of cancer throughout the world. 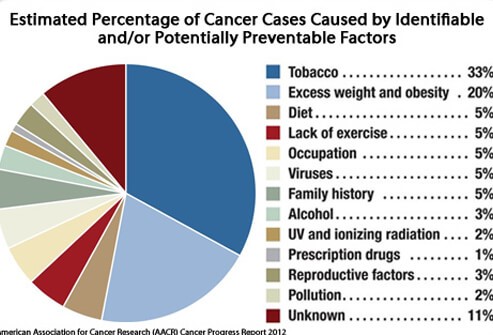 In the past few decades, peptides therapeutics began to bring a promising field for cancer therapy. Recent study shows that peptides play a crucial role in cancer research, including early diagnosis, prognostic predictors, and the treatment of cancer patients. Unlike other therapies, peptides possess unique properties and show their superiority in the therapy against cancer, such as peptide vaccines, which has attracted increased attention from the scientists. The potential use of peptides as anticancer drugs are highlighting current scenario and future prospects.

According the specialties and properties, peptides involved in cancer therapies can be divided into three groups. The first group are those peptides naturally occurred or derived from a known protein, possessing inherent membrane binding capacity to form pores or disrupt membranes, such as cecropins and magainins. The second group are cell penetrating peptides (CPPs), such as the TAT from HIV. The third group is comprised of tumor targeting peptides (TTPs) that are specific for tumor-related surface markers, such as G-protein-coupled receptors which are most important targets in drug development. Most of the peptides are overexpressed in tumor cells, and amongst them, the GnRH receptor is the target of a considerable number of GnRH agonists and antagonists which are commonly used in cancer management. GnRH (gonadotropin-releasing hor­mone) or LHRH (luteinizing hormone-releasing hormone) is a decapeptide produced in hypothalamus and released in a pulsatile fashion into the pituitary portal circulation. In addition, most neuroendocrine tumors show a marked overexpression of somatostatin receptors, especially of sst2, which instigated the development of somatostatin agonists such as octreotide. These compounds also play a major role in diagnosis. Bombesin/gastrin-releasing peptide receptors can be overexpressed in malignant cells. Antagonists of these peptides inhibit tumor growth. Other examples of these are peptides with RGD (arginine/glycine/aspartic acid) or NGR (asparagine/glycine/arginine) motifs that bind to integrins or cell surface associated molecules or receptors frequently overexpressed on tumor cells or tumor-associated blood vessels. CPPs may directly penetrate membranes or act as TTPs to employ a biologically active mechanism, such as endocytosis for internalization of cargo. To produce the ideal therapeutic peptide, one needs to integrate the essential characteristics from each of the peptides in these groups: tumor targeting, cell membrane penetrating and death-inducing. Active immunization by peptide vaccines is another promising strategy to fight cancer.

Creative Peptides has strong capability in supporting and facilitating the research of scientist and pharmaceutical companies by providing high quality peptides as well as customized services. Based on experienced scientific team, Creative Peptides owns ability to offer customers with high-quality products and professional services.

Please kindly check our list for cancer research related peptides available from Creative Peptides. If you have any other peptides synthesis requirements in mind, please feel free to contact us. Our sales team will serve you timely and effectively.

The Function of CRF (ovine) Trifluoroacetate in Parkinson's Disease

Corticotropin-releasing factor (CRF) is a 41 amino acid peptide that is an important hormone in the hypothalamic ...

Histrelin acetate, sold under many brand name like Vantas, Supprelin LA and others, is a nonapeptide analog of g ...