There are more than 20 post-translational modification processes in eukaryotic animal cells, such as ubiquitination, phosphorylation, glycosylation, lipidation, methylation and acetylation. Proteins are synthesized by ribosomes translating mRNA into polypeptide chains, which may then undergo PTM consisting in a covalent modification of amino acids. PTMs are particularly important to make the protein obtain more complicated structures, perfect functions, more accurate regulations, and more specific operations.

Protein glycosylation is an enzyme-directed site-specific modification that attaches glycans to proteins in the ER (Endoplasmic Reticulum) and in the Golgi Apparatus body of the cell. Formation of the sugar–amino acid linkage is a significant process in the biosynthesis of the carbohydrate units of glycoproteins. Glycosylation mainly sets into action a complex range of posttranslational enzymatic steps that result in a great diversity of carbohydrate–protein bonds and glycan structures1. Glycans have a variety of critical structural and functional roles in membrane and secreted proteins. Approximately half of all proteins typically synthesized in the rough endoplasmic reticulum undergo glycosylation which can avoid the incorrect folding of the original proteins.

a) N-linked glycans attached to the amide nitrogen of an asparagine (Asn) residue of a protein. Oligosaccharyltransferase (OST) attaches the oligosaccharide chain to asparagine that occurs in the tripeptide sequence, Asn-X-Ser/Thr. X can be any amino acid except for proline. 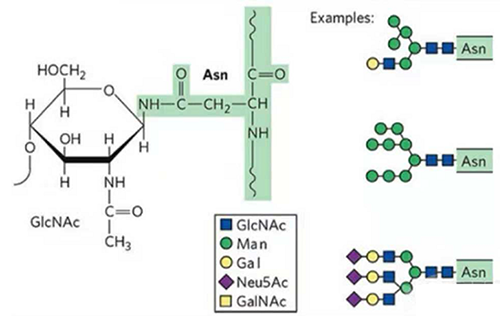 b) O-linked glycans attached to the hydroxyl oxygen of serine (Ser), threonine (Thr), tyrosine(Tyr), hydroxylysine(Hyl), or hydroxyproline(Hyp) side-chains, or to oxygens on lipids such as ceramide. O-linked glycosylation is a form of glycosylation that occurs at a later stage in protein processing. 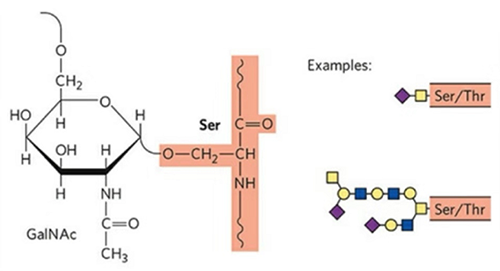 Glycoprotein analysis requires determining both the sites of glycosylation as well as the glycan structures associated with each site. The presence of the consensus sequence is required for N-linked glycosylation, however the occupation of a potential site is not obligatory. Hence, a glycoprotein may contain a number of potentially N-glycosylated sites, each of which may or may not be glycosylated. Additionally, O-glycosylation may occur at any serine or threonine residue with no single common core structure or consensus protein sequence. While the proteome is coded in the genome, no template exists for glycosylation. Glycans are produced by a set of competing glycosyl transferases. For this reason, the population of glycans occurring at a given site is often not homogeneous; a particular site of N- and O-glycosylation may be occupied by a number of structurally distinct glycans. 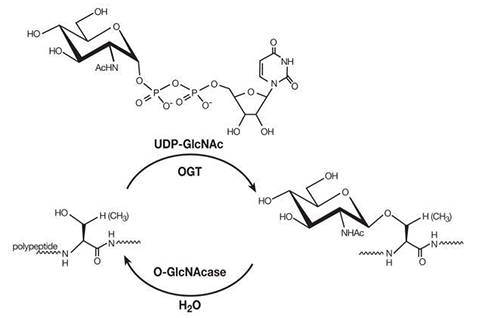 Creative peptides recognizes that all our clients have specific and unique requirements. We provide common monosaccharide, disaccharide and polysaccharide services. Other glycosylation modifications (sialic acid, fucose, etc.) can also be performed on the main chain and side chain of the polypeptide. Contact us today for all your needs.