Post-translational modifications (PTMs) are changes to proteins or peptides that are catalyzed by enzymes after completion of ribosomal translation and it generally have a positive impact on peptide activity. PTMs play an important role in virtually all biological processes, therefore, the synthesis of PTM peptides is crucial for many projects.

PTMs alter the physicochemical properties of the peptide by altering the electrostatic charge, hydrophilicity, and conformation, thereby modulating their ability to specifically bind to the protein of interest. Some nascent peptide chains can be directly folded into the final three-dimensional structure after being released from the ribosome, but in most cases, the nascent peptide undergoes a series of processing modifications to function. In general, post-translational modifications are for functional needs, and in another case, the need to fold into a natural conformation. 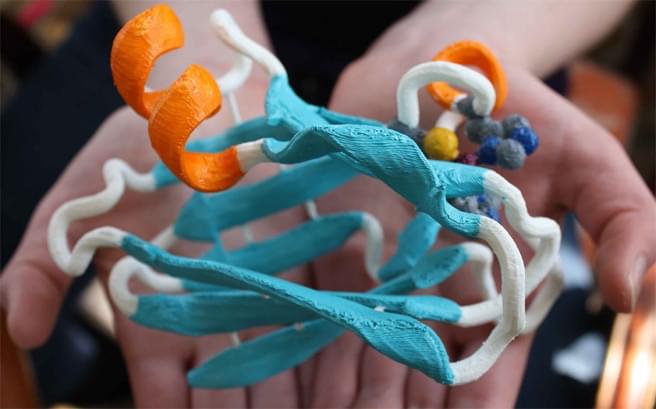 Phosphorylation of a polypeptide refers to a form in which a Ser, Thr or Tyr side chain hydroxyl group in a peptide chain is converted to a phosphate by enzymatic or chemical methods. Phosphate is negatively electroned, when a polypeptide or protein is modified by a phosphate, its conformation will change greatly, affecting the interaction between the enzyme and the substrate. Many physiological processes mediated by peptides and proteins are achieved by the addition and removal of phosphate on the substrate.

Glycopeptides, especially the glycan chains, have played pivotal roles in various biological activities and involved in numerous biological recognition events, such as immune system, endocrine system, protein folding and cell communication. synthetic glycopeptides have provided a unique frontier for the investigation and better understanding in both glycobiology and proteomics, and also contribute to the development of either biotechnological or therapeutic applications.

Sulfurylation on Ser, Thr and Tyr in polypeptides is a common modification. The activity of many enzymes depends on the oxidation state of the SH groups in these residues. Creative Peptides establishes a reliable peptide sulfonation program that guarantees a high success rate.

In eukaryotic cells, a specific set of proteins are modified by a C-terminal plus 15 carbon farnesyl group or a 20-carbon geranylgeranyl isoprenoid moiety called prenylation. Creative Peptides can also add these two groups to the peptide to prenylate them at the request of our customers.