Creative Peptides has advanced peptide synthesis abilities and provides more than 40 types of N-terminal modifications to meet your needs in different research fields.

The necessary of peptide N-terminal modification 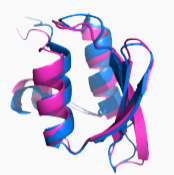 Although many of the most widely recognized post-translational modifications are characteristic of secretory or cell-surface proteins, most proteins, whatever their ultimate cellular desination, undergo some modification. For proteins synthesized completely within the cytoplasm, the earliest and most widespread are removal or modification of the N-terminal residue. In many proteins the N-terminal α-ammonium group (PK=8) undergoes secondary modification.

Below is a list of our available N-terminal modifications, include but not limited to the following

Acetylation (N-terminus) will remove the positive charge and help peptides imitate its natural structure. In addition, this modification makes the resulting peptide more stable towards enzymatic degradation resulting from exopeptidases.

Biotin has a very strong affinity for streptavidin and avidin, so the biotinylation of peptides is an effective method for specifically binding peptides to streptavidin-coated surfaces.

Peptide biotinylation can be performed at the N-terminus or C-terminus. Biotin is directly coupled to the N-terminal primary amino group. Biotin-labeled peptides are commonly used in immunoassays, histocytochemistry, and fluorescence-based flow cytometry.

Dansyl labeled peptides are used in fluorescence-based assays. The excitation/emission wavelengths are about 342 nm/562 nm. 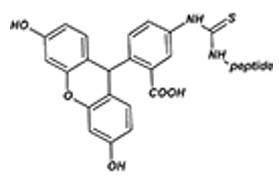 The excitation/emission wavelengths are about 490 nm/520 nm.

7-Methoxycoumarin labeled peptides in protein-protein interaction and application localization. The excitation/emission wavelengths are about 325 nm/392 nm.

The cysteine in the peptide can be palmitoylated, thereby increasing its cell permeability and helping the peptide bind to the cell membrane.

Creative Peptides is specialized in the custom synthesis of N-terminal modification peptides, providing a confidential and efficient service at competitive prices. Every step of peptide synthesis is subject to Creative Peptides' stringent quality control.

R18 peptide is a non-phosphorylated ligand of 14-3-3 that was originally isolated from a phage display screen, ...

APETx2, a 42 amino-acid peptide toxin isolated from sea anemone Anthopleura elegantissima, is a kind of acid-s ...

Function of ecallantide in hereditary angioedema

Enhanced Binding and Antagonism of Camstatin

Camstatin is a similar PEP-19 analogue with enhanced calmodulin binding and antagonism. It is a functional 25- ...