What are stable isotope

Atoms with the same atomic number but with different atomic masses are called isotopes. 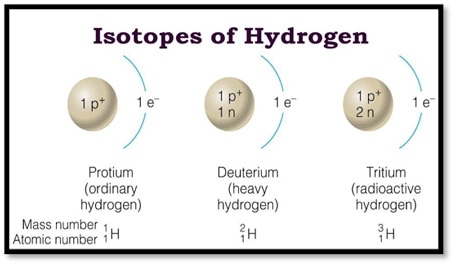 Likewise, the most frequent substitutions of non-radioactive amino acids are 12C by 13C, of 14N by 15N, and of 1H by 2H (deuterium). All isotopes in the products of the amino acids from Creative Peptides are stable isotopes.

As we know, amino acids consist of four key elements, and they are carbon, hydrogen, oxygen, and nitrogen. Normally, the four key elements present a mass number of, respectively, 12 (C), 1(H), 16(O) and 14(N). While the stable isotope labeled amino acids are amino acids labeled by special procedures using these stable isotopes. For example, L- alanine, the chemical structure shown in Figure 2, amino acids in which some of the normal carbon atoms are replaced by 13C isotope, are called 13C-labeled amino acids, in which some of the nitrogen normal atoms are replaced by 14N isotope, are called 14N-labeled amino acids and so forth. There are four types of labeling elements are currently available from creative peptides, 18O, 15N, 13C, and 2 H (deuterium).

Foreword We live in a photoshopped world, where we are constantly updated by images of digital perfection. It's easy to becom ...

Trimetazidine is a partial fatty acid oxidation inhibitor that inhibits 3-ketoacyl CoA thiolase, one of the enzymes of fatty ...

Function of R8-T198wt in prostate cancer

The serine/threonine kinase Pim-1 plays an important role in cell cycle progression and apoptosis inhibition, re ...

Function of dynorphin (1-17) in analgesia

In 1979, GOLDSTEIN et al. extracted an opioid-active 17 peptide from the pituitary of pigs and named it dynorphi ...