Creative Peptides provides multiple types of C-terminal modification services to meet your needs in different research fields. These peptide modifications can be used to create synthetic peptide with the exact conformation of characteristics needed for specific applications.

The development and importance of C-terminal modification of peptides 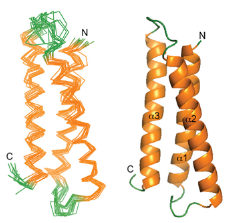 The post-translation modification of eukaryotic proteins by the addition of isoprenyl lipids at their C-termini was first observed in the 1970s and 1980s. Since then, more than a hundred proteins have been shown to be modified by C15 farnesyl or C20 geranylgeranyl groups, including most members of the Ras, Rho, and Rab families of G proteins. The C-terminal of the peptide is synthesized as an amide to neutralize the negative charge created by the C-terminal COOH. This modification is added to prevent enzyme degradation, to mimic native proteins, and in some cases to remove hydrogen bonding at the C-terminal of the peptides which may interfere with the assays.

Below is a list of our available modification, include but not limited to the following

Enzyme substrates based on the AMC (7-amino-4-methyl coumarin) fluorophore are very popular tools for studying protease activity and specificity. In such substrates, AMC is usually linked to the peptide by forming an amide bond between the coumarin amine and the carboxyl group of the C-terminal amino acid residue.

The proteolysis of the amide bond releases free AMC, resulting in a greatly increased fluorescence. The excitation/emission wavelengths are about 342 nm/441 nm.

Biotin has a very strong affinity for streptavidin, so the biotinylation of peptides is an effective method of specifically binding peptides to streptavidin-coated surfaces.

The application of multiple antigen peptides (MAPS) is an effective method for producing high-titer anti-peptide antibodies and synthetic peptide vaccines. The system uses the α- and ε-amino groups of lysine to form a backbone that can link multiple peptide chains. Depending on the number of lysine layers, different numbers of peptide branches can be synthesized. This eliminates the need to conjugate the antigen to the protein carrier.

Creative Peptides specialized in the custom synthesis of C-terminal modification peptides, providing a confidential and efficient service at competitive prices. Every step of peptide synthesis is subject to Creative Peptides' stringent quality control.

Function of myristoyl pentapeptide-7 in skin and eyelash

Muramyl dipeptide (MDP) is the smallest structural unit with immune activity in the skeleton of bacille calmette ...

Function of 10Panx in the pathogenesis of epilepsy

10Panx is a panx 1 mimetic inhibitor that easily and reversibly inhibits panx1 currents. In cells that are diffi ...

Histrelin acetate, sold under many brand name like Vantas, Supprelin LA and others, is a nonapeptide analog of g ...

The Usage of Pentapeptide-31

of skin aging Skin aging is an obvious external manifestation of the natural process occurring in tissues and or ...