Protirelin is also known as thyrotropin releasing hormone (TRH), a peptide hormone secreted by the hypothalamus. Thyrotropin releasing hormone (TRH) is a three peptide substance composed of pyroglutamic acid, histidine and proline. TRH can significantly prolong the survival time of burn shock rats, relieve the anoxic and pathological changes of important organs, and have a good therapeutic effect on burn shock. It regulates the secretion of thyroid stimulating hormone (TSH) in the anterior pituitary gland. TRH was synthesized to examine whether hypothalamus and thyroid function were normal. Pruning stimulates the secretion of thyroid stimulating hormone and prolactin release in the anterior pituitary gland. This is a reference index for biochemical research and clinical diagnosis of hypothalamic pituitary thyroid dysfunction. 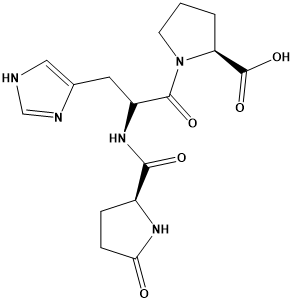 Figure 1 The chemical structure of protirelin.

The effects of protirelin have been proved to be different from that of naloxone. Protirelin has no antagonism to the micron opioid receptor mediating analgesia which makes it better than naloxone in the treatment of traumatic shock. The blood pressure increased slightly, while the breathing deepened and the gastrointestinal peristalsis increased, but the heart rate had little effect. Luo Ruilin does not antagonize the analgesic effect of morphine, and has a certain excitatory effect on normal animals' respiration, circulation and central nervous system.

The pharmacological dose of protirelin has a clear anti shock effect and has a definite therapeutic effect on multiple circulatory shock such as hemorrhagic, infectious, traumatic, and spinal shock. It also has anti shock effect on anaphylactic shock, platelet activating factor and hypotension caused by leukotrienes, and its anti-shock effect is better than that in many aspects. In addition to the treatment of shock, protirelin has other uses, such as in the Department of Endocrinology, for the treatment of hypothalamic hypothyroidism, central hyperthyroidism. In psychiatry, it is used in the treatment of depression and schizophrenia. In neurology, it is used in the treatment of the neurology department. Proererlin can also be used for the brain and spinal cord injuries, various causes of coma, amyotrophic lateral sclerosis, spinocerebellar degeneration, senile dementia, epilepsy. All of which makes proererlin have a better development value and be worthy of further study to expand the scope of application of the drug.

The two-compartment open model of protirelin is widely distributed in tissues and organs after intravenous injection, with the highest concentration of pituitary and kidney, most of which are degraded in blood and mainly excreted by kidney.