According to the central dogma established by classical naturalists and biologists, proteins/peptides were expected to be exclusively constituted by 20 building blocks, including 19 L-amino acids (L-AAs) and glycine, which is not chiral. At that time, special cases were reported for D-amino acids (D-AAs) containing proteins/peptides such as the presence of D-alanine in octopine derivatives from octopus.

From a functional point of view, these post-translational and chemical modifications in D-AAs containing proteins/peptides confer on them an unusual stereochemistry mostly related to enhanced resistance to enzyme-catalyzed breakdown.

It is worth mentioning the composition of retro-inverso (RI) peptides, also known as all-D-retro peptides or retro-enantio peptides, which are composed of D-AAs assembled in the reverse order to that of their parent L-sequence. 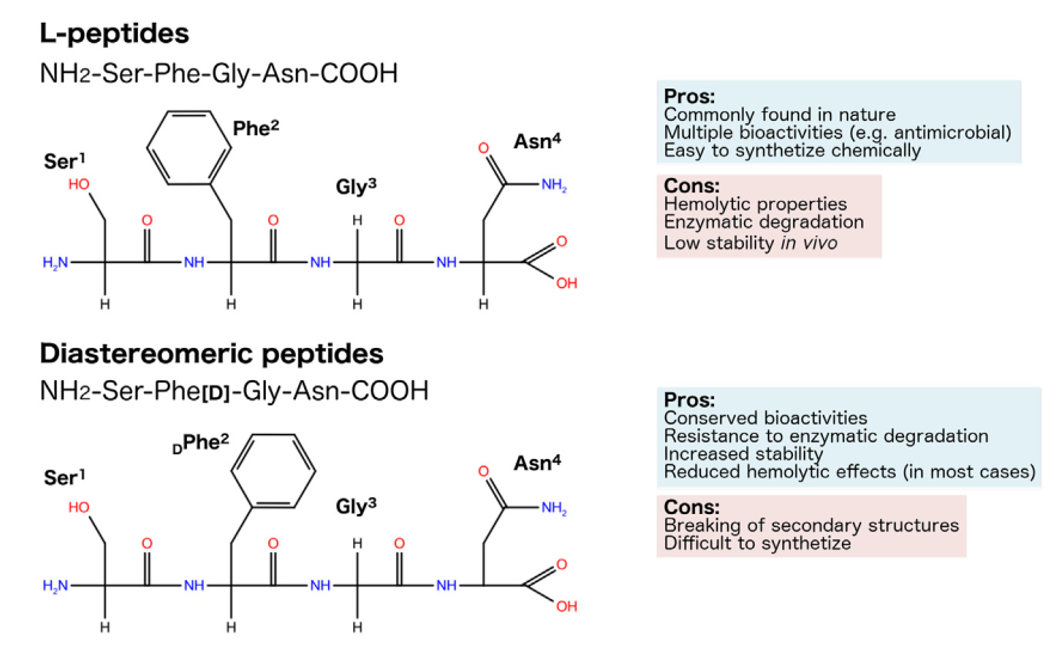 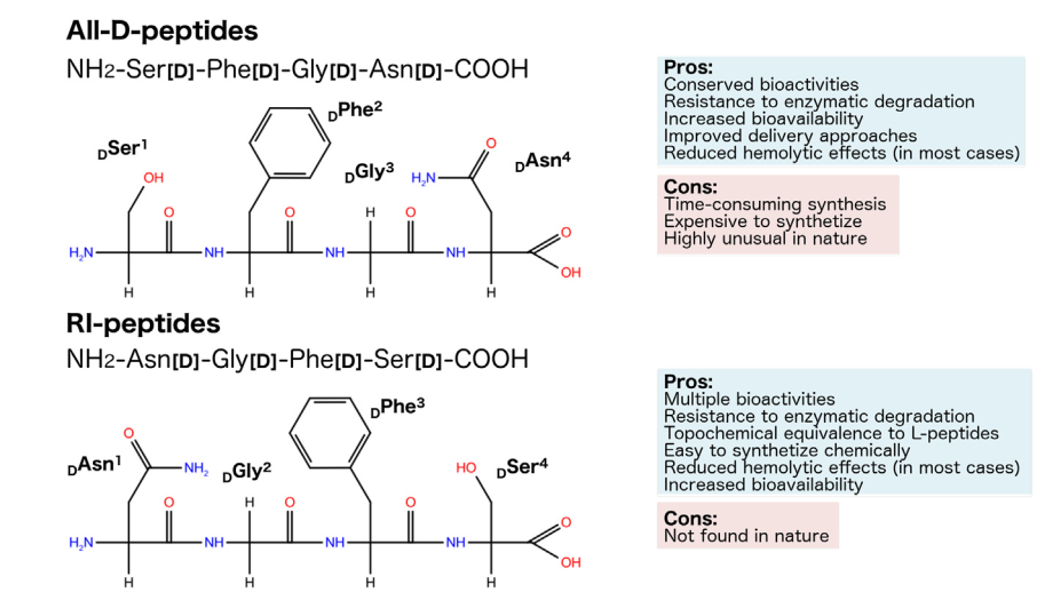 Figure 1 Representation of the planar structure and chirality of hypothetic L-, diastereomeric, all-D- and RI-peptides, also highlighting their pros and cons.

Function of elcatonin in treatment of osteoporosis

Teicoplanin is a glycopeptide antibiotic developed after vancomycin for the treatment of Gram-positive (G+) cocc ...

Linaclotide, sold under the brand name Linzess, is a synthetic tetradecapeptide and guanylate cyclase (GC-C) rec ...